You are here: Home / 1. Visa / 1.1. Visa to Russia from India / Should I indicate nights on the train in the application for an invitation letter or Russian visa?

In this article I’ll explain how nights on the train should be reflected on both the application for a tourist invitation (also called visa support) and the Russian visa application form. As you will see, it’s quite simple.

A question that I am frequently asked when the documents are being prepared to apply for the Russian tourist visa is whether nights on the train should be specified in the application for an invitation letter and the visa application form.

First let me say that nights on the train in Russia should be considered within the total period of the invitation. However, it is not necessary to include them in the hotels and cities section, as long as they are included within the total length of stay in Russia.

You should bear in mind that on the application forms for both the invitation letter and the Russian visa it is not necessary to indicate the specific number of days that you will spend in each city, but only the total length of stay in Russia.

You can see this much more clearly in some examples of common Russia itineraries:

Caso No. 1: Trip to Moscow and St. Petersburg travelling on the overnight train

A very common trip is to visit the two main Russian cities and travel from one to the other on an overnight train, such as the Red Arrow or the Grand Express.

In this example you will need an invitation letter specifying at least the period August 1 – 10.

Here is a sample invitation letter with this itinerary, which you can obtain in 5 minutes from iVisa, and which does not need to indicate the night on the train, August 5 – 6:

Remember that on the visa application form you must put the same cities as in the visa support.

Case No. 2: Traveling through Russia on the Trans-Siberian

If you’re taking the Trans-Siberian Railway, in the invitation letter you must state the total period of your stay in Russia. For example, July 18 – August 4.

If the duration of the trip is from July 18 to August 4, in the application for the invitation letter you must indicate the total period of your stay in Russia, as well as the 5 main cities where you will be staying: 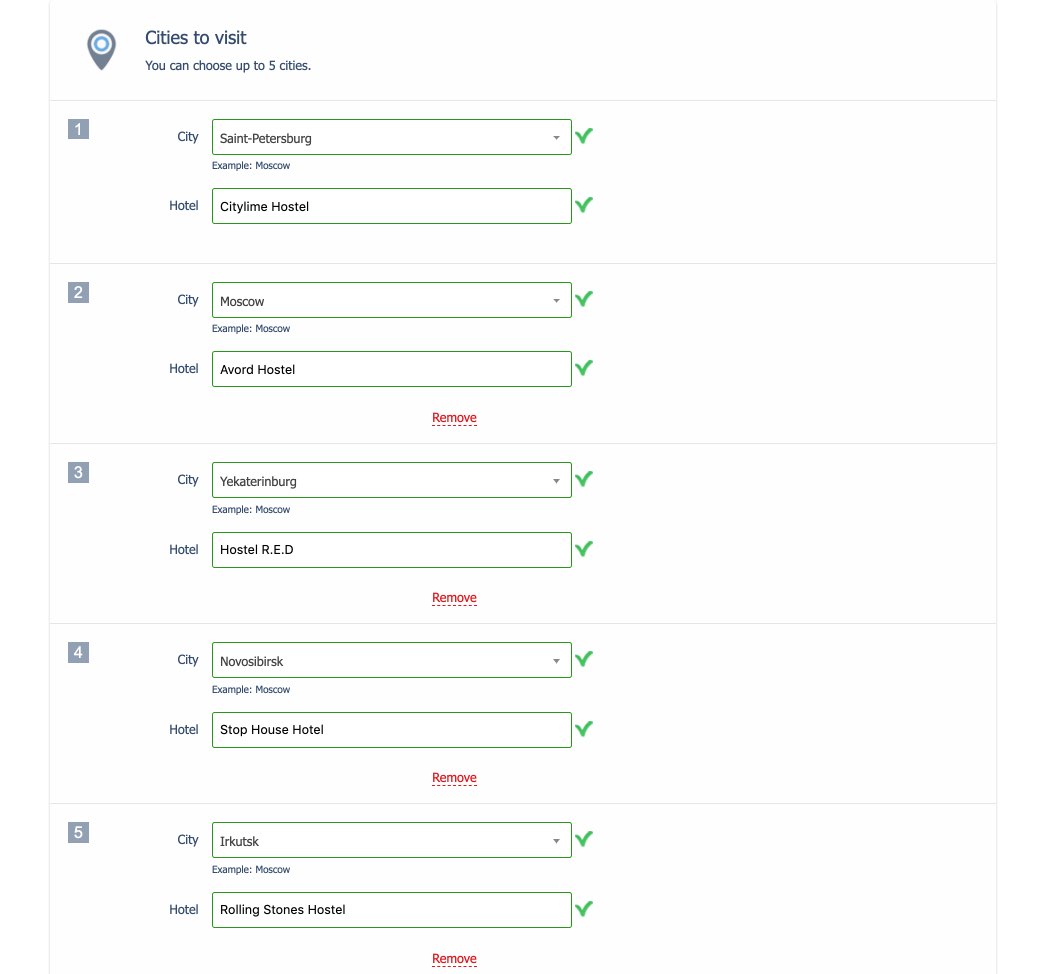 Here is an example of a tourist confirmation letter if you are taking the Trans-Siberian Railway from St. Petersburg to Irkustk, where it is not necessary to specify the nights on the train:

More than 400 pages with all the information you need to plan your trip to Russia online easily, cheaply and avoiding queues
END_OF_DOCUMENT_TOKEN_TO_BE_REPLACED