You are here: Home / 4. Destinations / 4.2. St Petersburg / Visit to the luxurious Yusupov Palace, scene of the murder of Rasputin

The city of St. Petersburg has about 260 palaces. One of the most famous that I suggest that you visit is the Yusupov Palace, home of an important aristocratic family in imperial Russia. It is a beautiful, luxurious palace but not as overwhelming as the Hermitage. Its exterior is modest but hides an interior full of elegance. In addition, the palace is well known for being the scene of Rasputin’s murder. 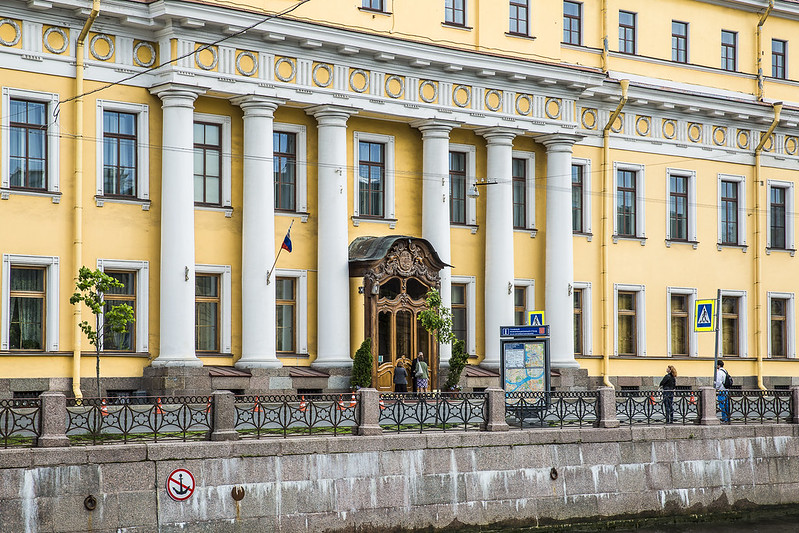 1. Historical importance of the Yusupov Palace

You’ll find the highlights of the Yusupov Palace not in its recognizable yellow facade, but in the atmosphere of its lavish interior, which is part of a unique architectural complex with numerous halls and living quarters that will dazzle you, while showing you the life of the nobility before the Bolshevik Revolution.

You have to keep in mind the supremacy of St. Petersburg, which was the capital of the Russian Empire from its foundation in 1703 until 1918, the year in which Moscow became the capital.

The construction of the Yusupov Palace building dates back to 1770 and renovations have been taking place up until the present century. From 1830 to 1917, the owners of the palace and the mansion were five generations of a noble family of princes, the city’s most distinguished family who were immensely rich.

Prince Felix Yusupov is alleged to have ended up with a fortune larger than that of the Czar. He had no less than 57 palaces.

In 1914 he gave over a part of the mansion to the soldiers wounded in World War I. He died in Paris in 1967 after going into exile and left in a book he wrote and in his memoirs his account of how Rasputin met his end.

The palace once housed more than 40,000 works of art (such as priceless paintings by Rembrandt). After it was nationalized in 1918, some of these were transferred in subsequent years and decades to the Hermitage or to the Russian State Museum in St. Petersburg.

This palace has hosted high-level international government and diplomatic meetings, conferences and symposiums, as well as visits by foreign heads of state and current royalty such as Elizabeth II, Queen of England, and guests from different spheres such as the actress Liza Minelli, the singer Sting, top model Naomi Campbell or Mick Jagger and his Rolling Stones. 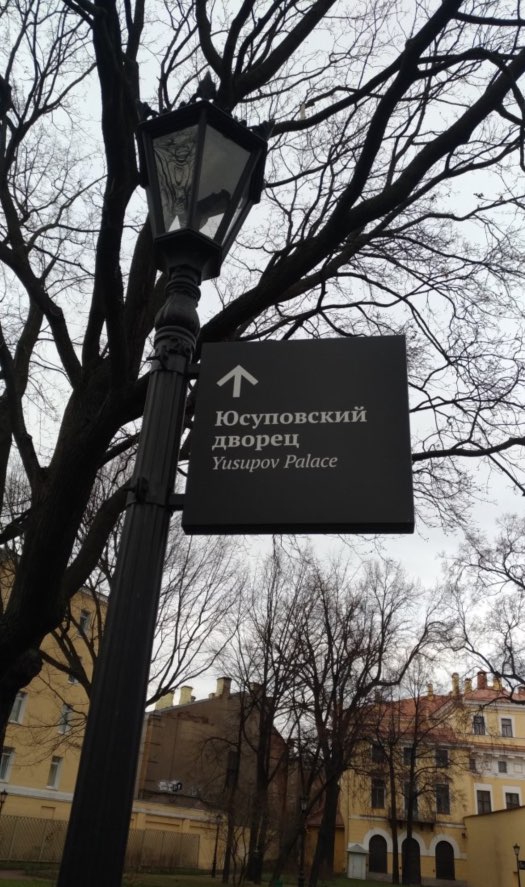 2. The assassination of Rasputin

The Yusupov Palace is well known in Russian history because of the chilling incident of the murder of Grigori Rasputin, which took place on the night of December 17, 1916 in the living quarters of the young prince, Felix Yusupov.

I’m sure the name Rasputin rings a bell for you. This controversial Siberian peasant, who later became a monk and convert, had a shady life story, a fixed and penetrating gaze and became a kind of healer-seer and a very charismatic spiritual mentor for the family of Emperor Nicholas II, and especially for Czarina Alexandra Feorodovna (it was speculated that he was her lover) and also for the Yusupov family. 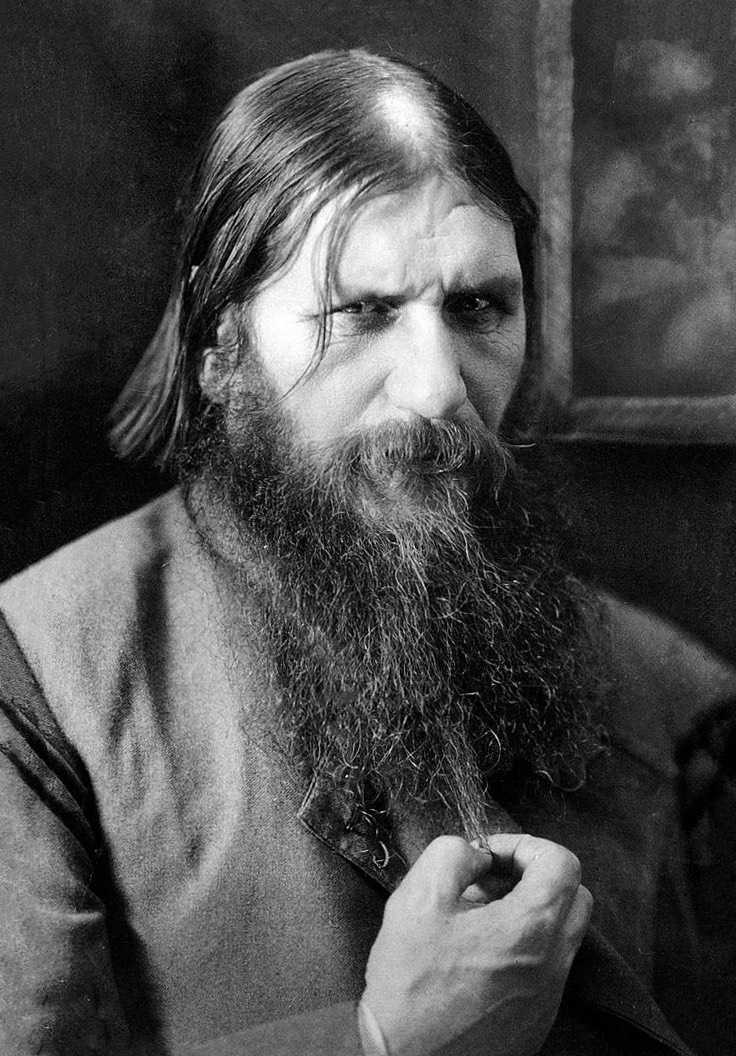 An exhibition in the present Yusupov Palace recreates the environment in which they lived and the scenes of the historical incident of the murder at the hands of Prince Felix Yusupov and other court conspirators.

Rasputin was poisoned, shot several times and thrown into the Neva River. It is certainly one of the tourist attractions of the location. However, to this day there are some gaps in the events as they happened and the mystery hovers over the palace.

You can tour the rooms where one of the most famous crimes of the twentieth century was planned and committed, with files and photographs showing you Rasputin’s personality and you will learn about the facts of that tragic night.

You will see the wax figures of Felix Yusupov and Rasputin in the palace basement.

Some films and TV series have been made that tell the life story of Rasputin. One of the most recent ones, The Last Czars (2019 American Netflix six-part miniseries with 45-minute episodes), moves between documentary and fiction to show us the last years of the Russian royal family, including the relevant appearance of Rasputin. In Russia, the film’s lack of historical rigor in some of its content has been criticized, but, as you know, many TV series do not always correspond to the most absolute reality and are looking for the sensational.

3. How to get to Yusupov Palace

Yusupov Palace is centrally located in St. Petersburg. You can reach it on foot or by any of these transport methods::

This beautiful palace has two entrances: 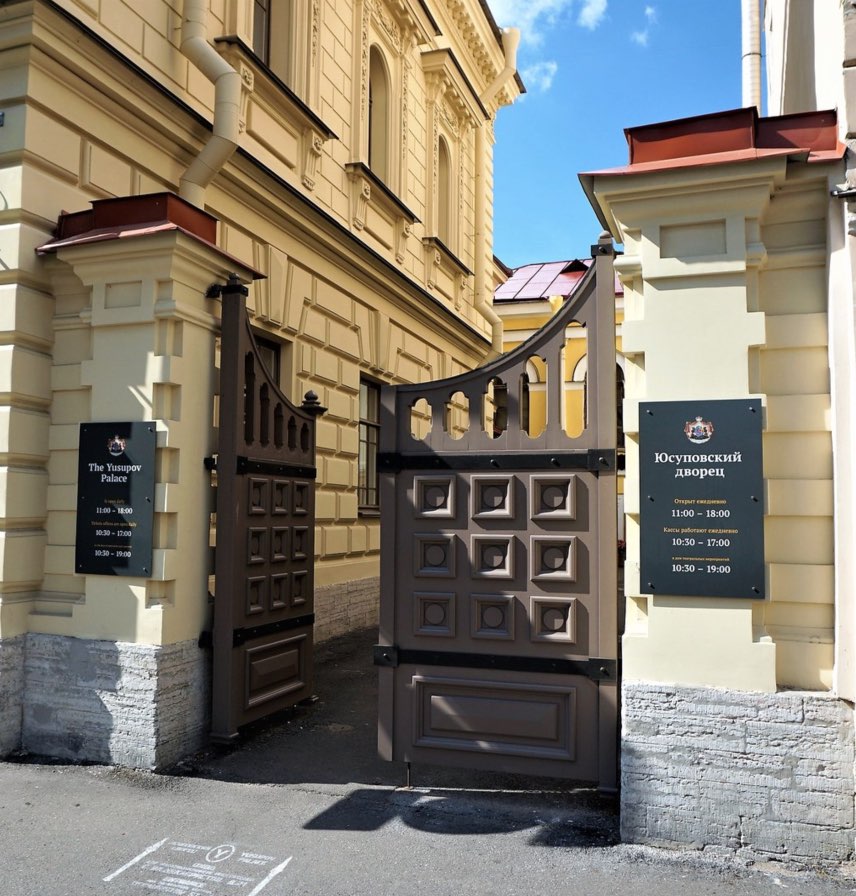 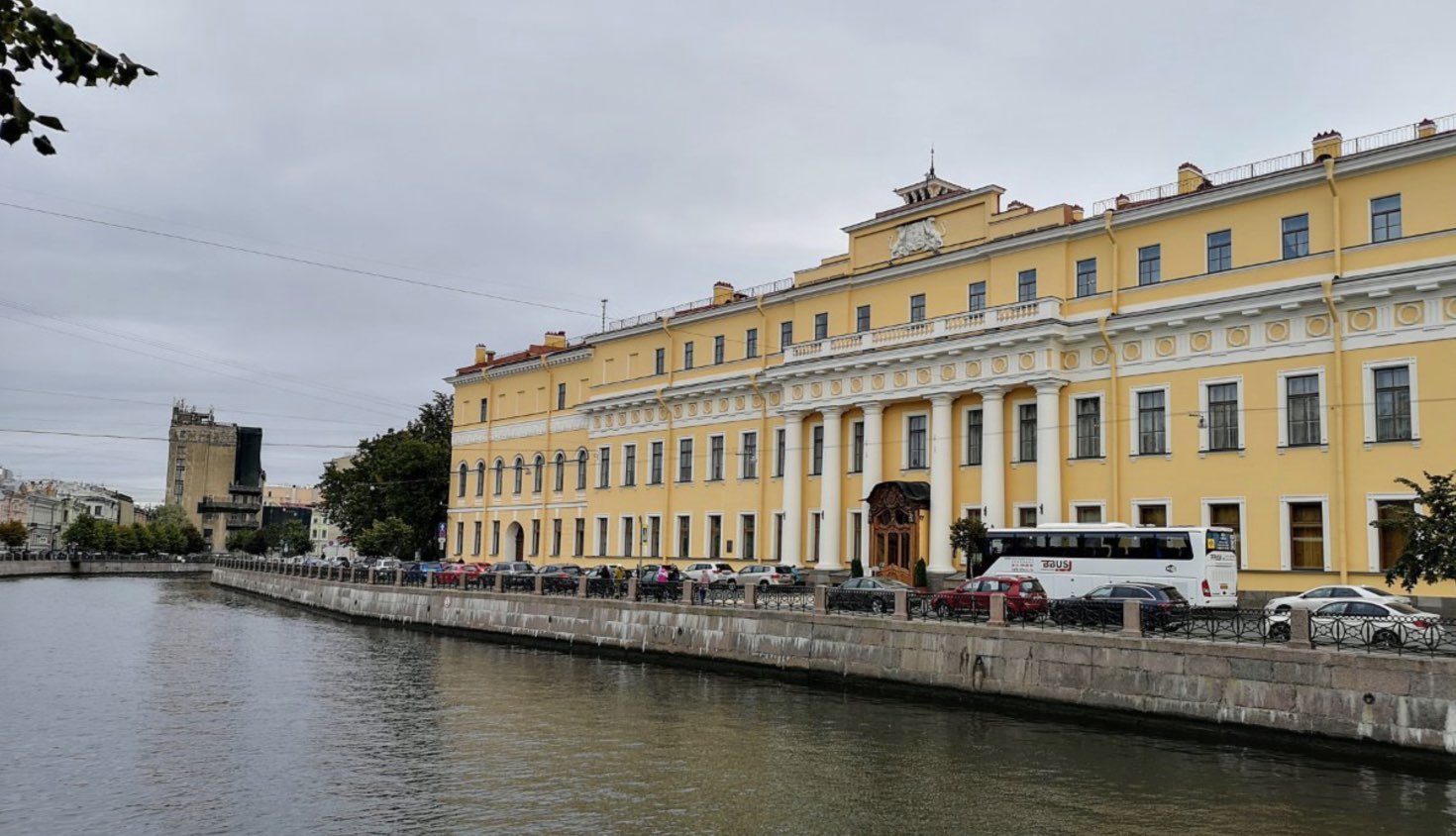 It is important that you bear both entrances in mind, because going from one entrance to the other takes time as the space occupied by the palace, the estate and its annexes is large. There is a 520-meter distance between one entrance and the other.

Here is a map of the location of the palace and its two entrances: 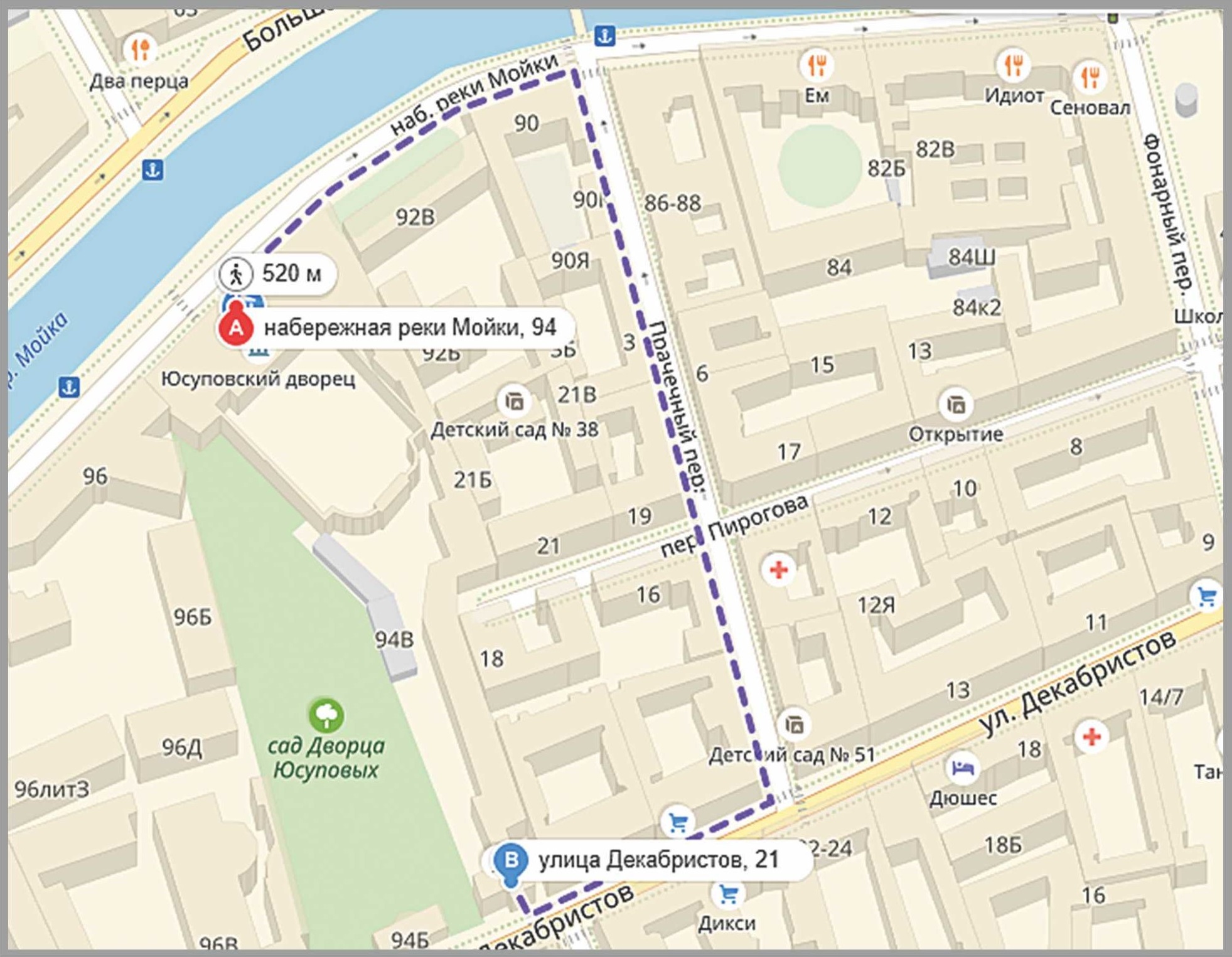 4. What to see and do at the Yusupov Palace

In the Yusupov Palace you can see its luxurious halls, its small but lovely theater, its church or its gardens. I’ll explain in detail how you can visit each of the places in this spectacular palace, whose modest exterior hides a very elegant interior.

4.1. The Halls of the Palace and the Museum

The Yusupov Palace serves as a museum and in it you can tour the ceremonial halls, parade room, dressing rooms, art gallery, princely rooms, banquet hall, the theater, the scenes of the assassination of Rasputin or the Arab living room (the Yusupov were originally from Distant Arabia).

The aim is just to show how and where the Yusupov family lived. You will be transported back to a unique era.

This tour can be done in two ways: in a free tour with an audio guide (English, Spanish, Italian, German, French, Finnish, Chinese or Russian) or in a guided tour (in Russian only), although there are private agencies that conduct guided tours in other languages.

This type of tour is the one that is geared towards foreign tourists since it is done in many languages. There are two types of free tour, both accessible from 21 Dekabristov Street: 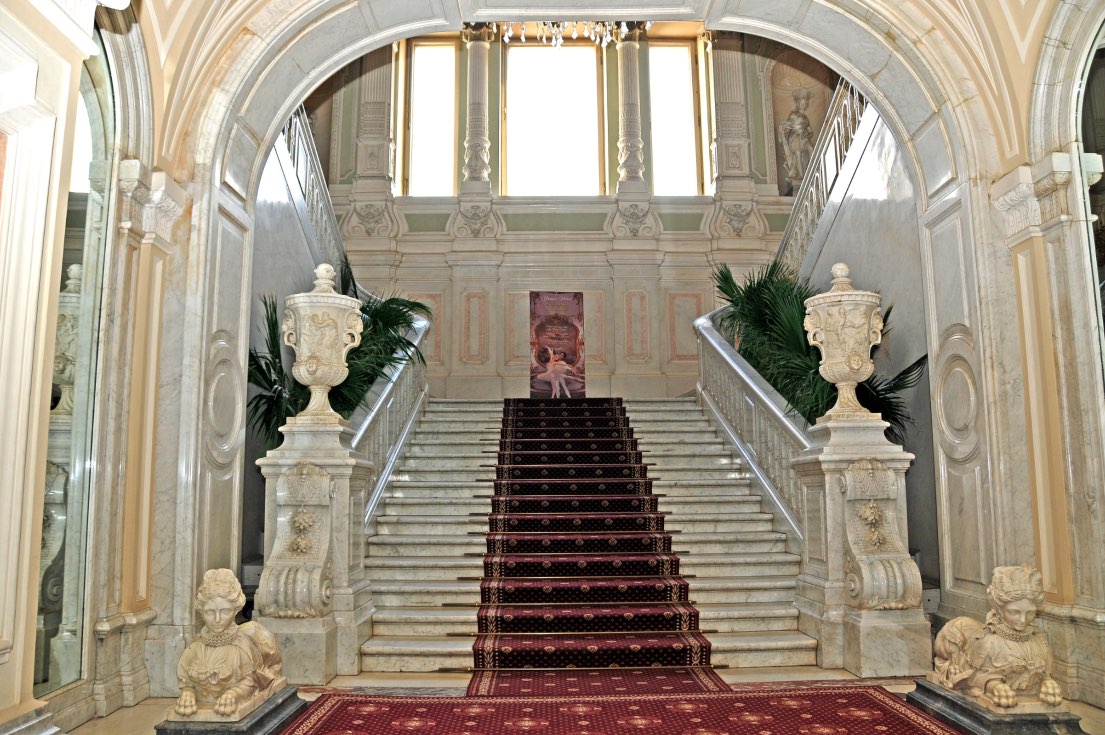 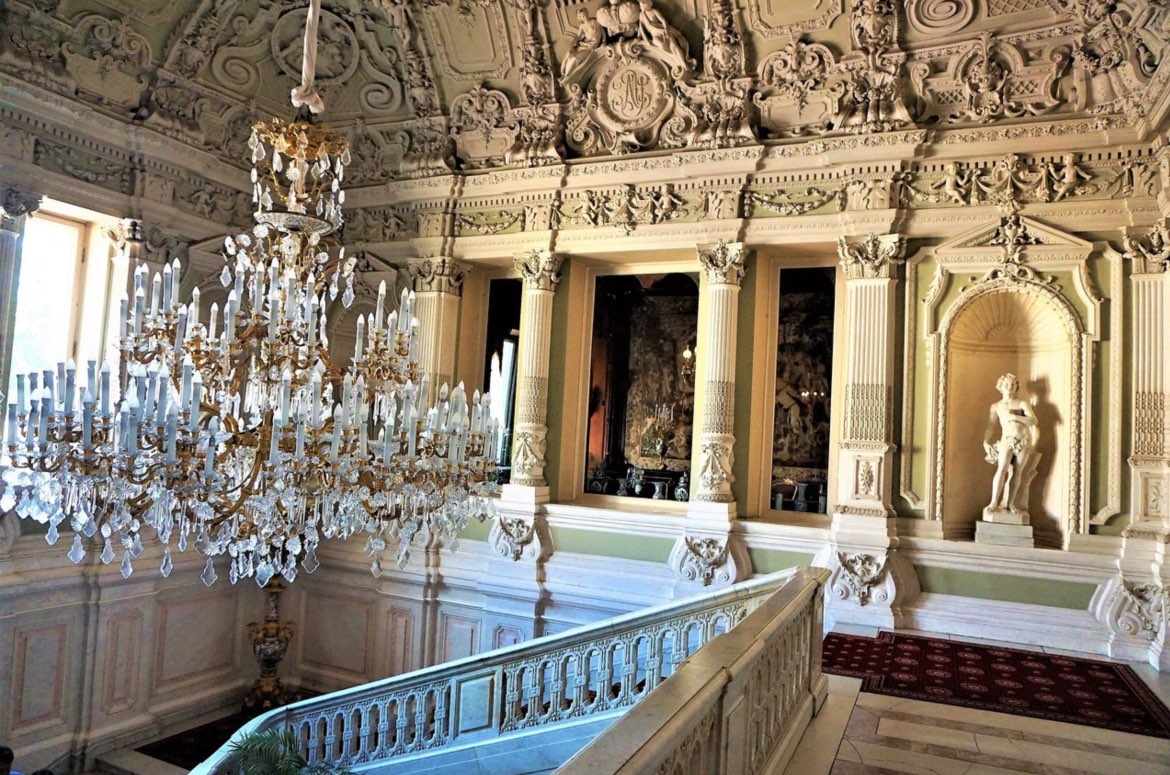 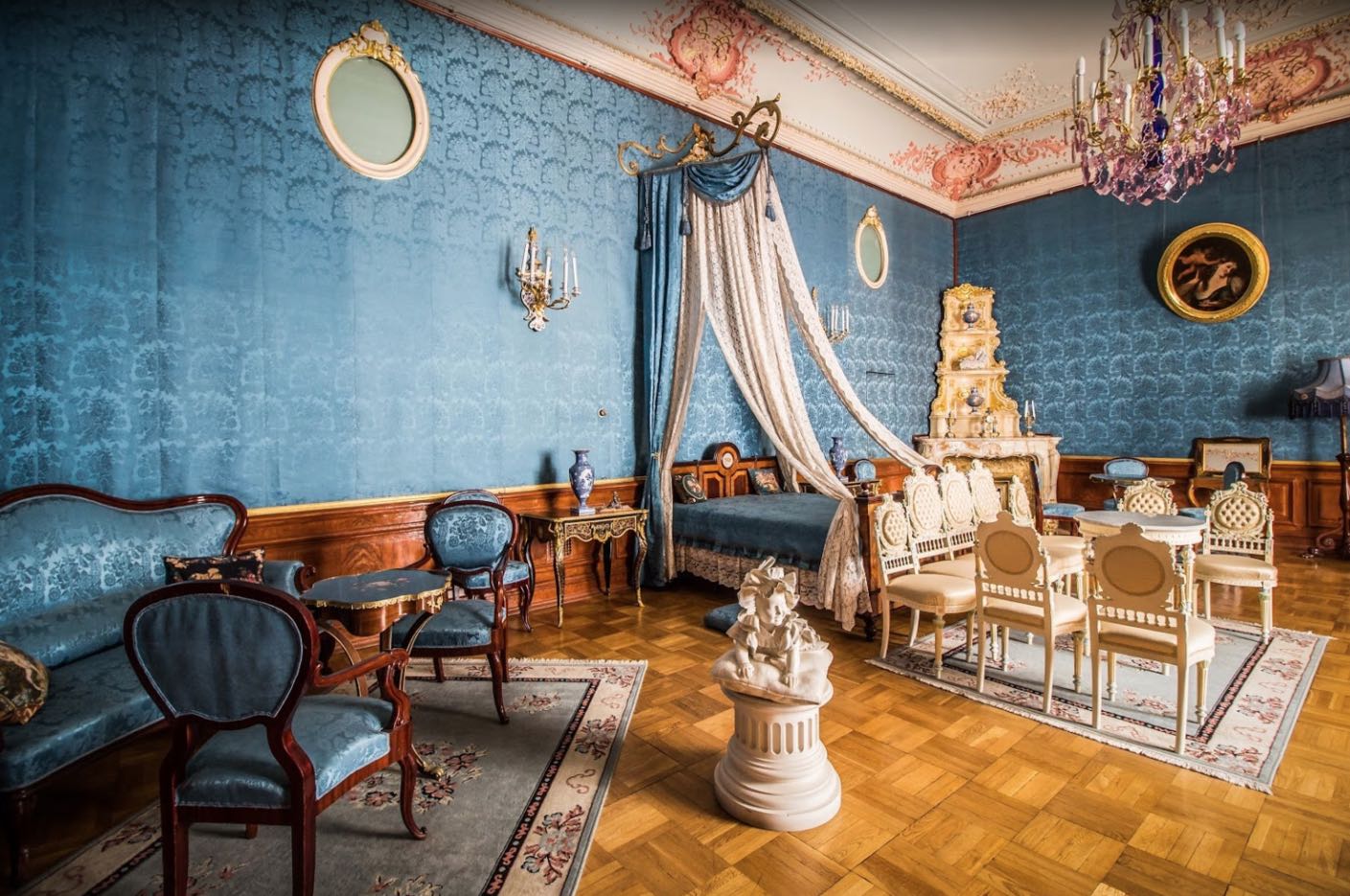 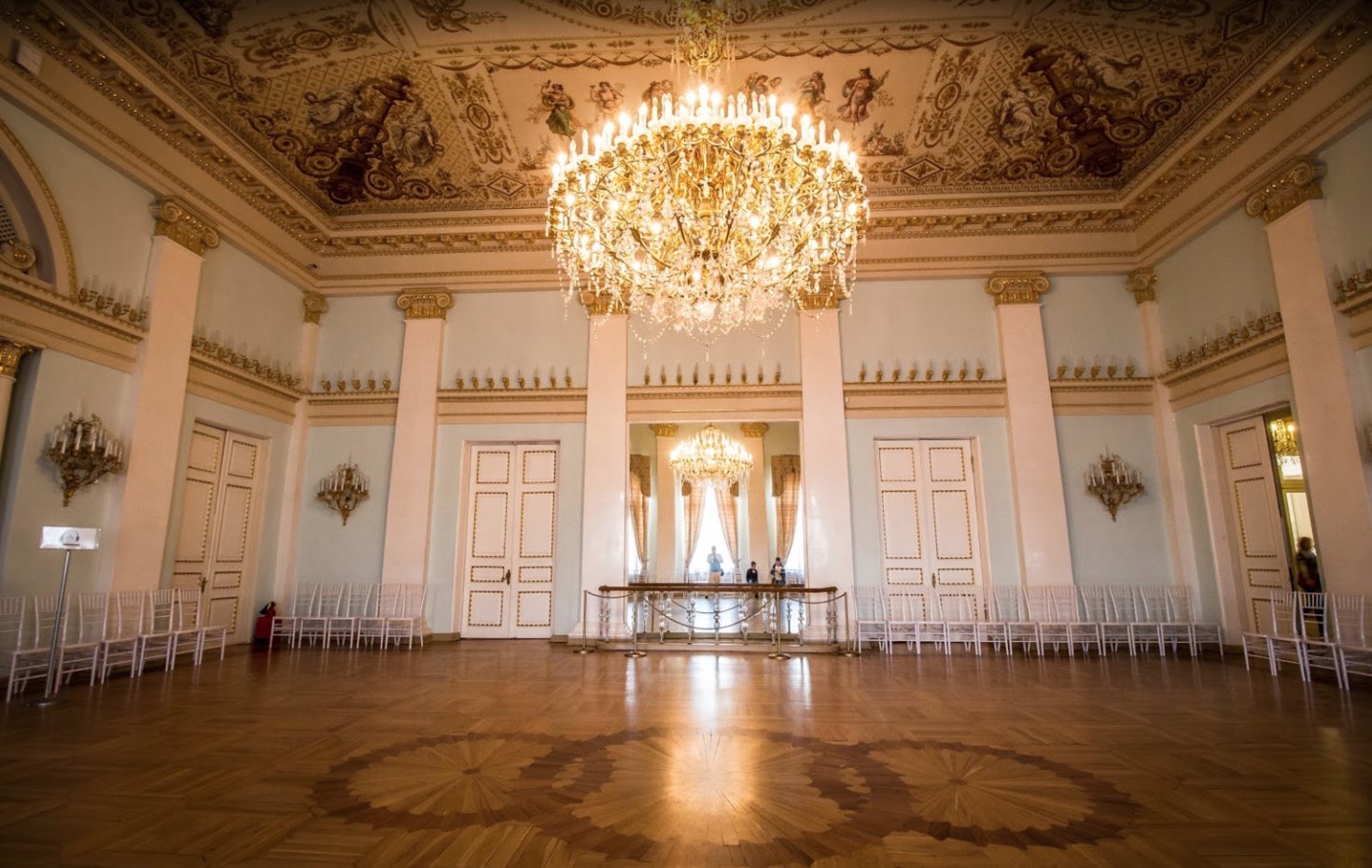 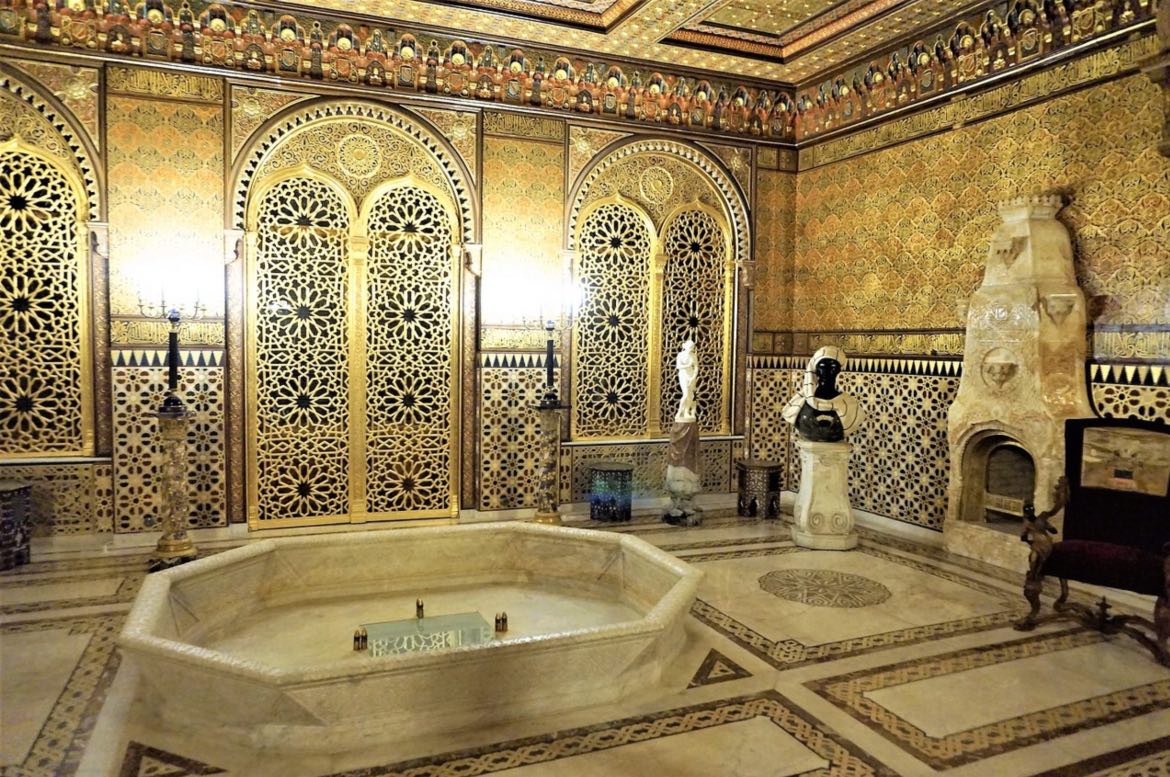 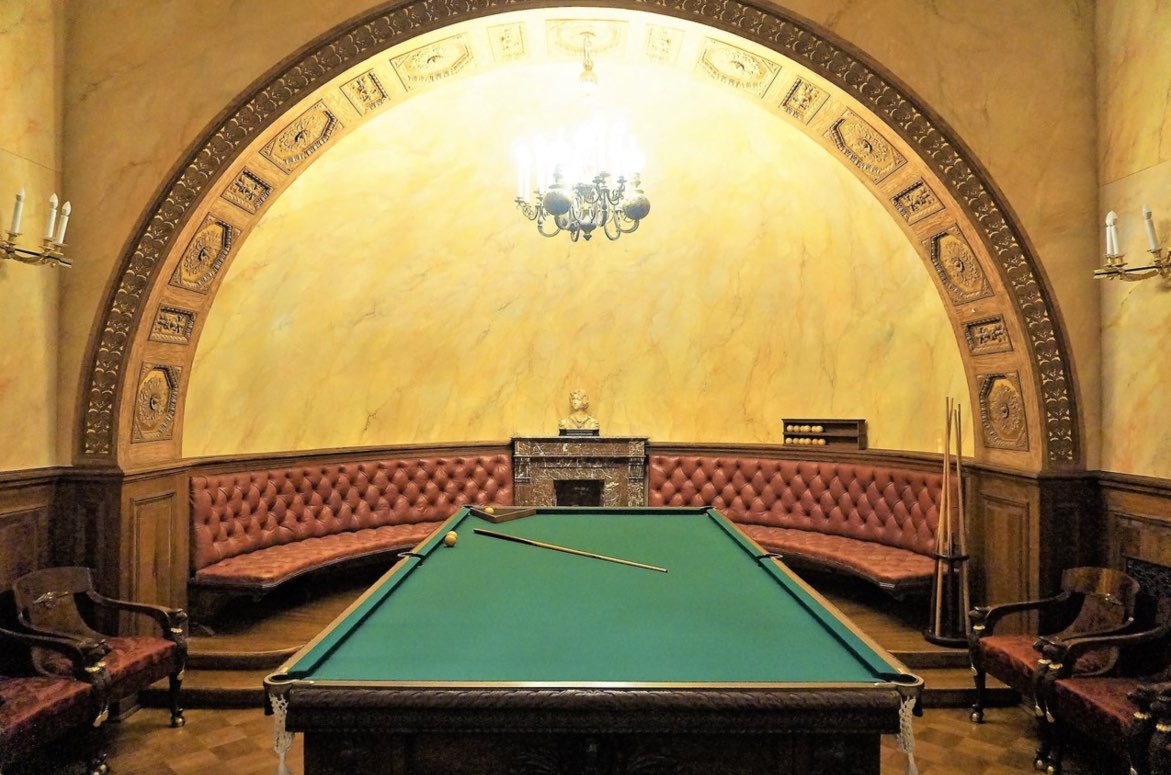 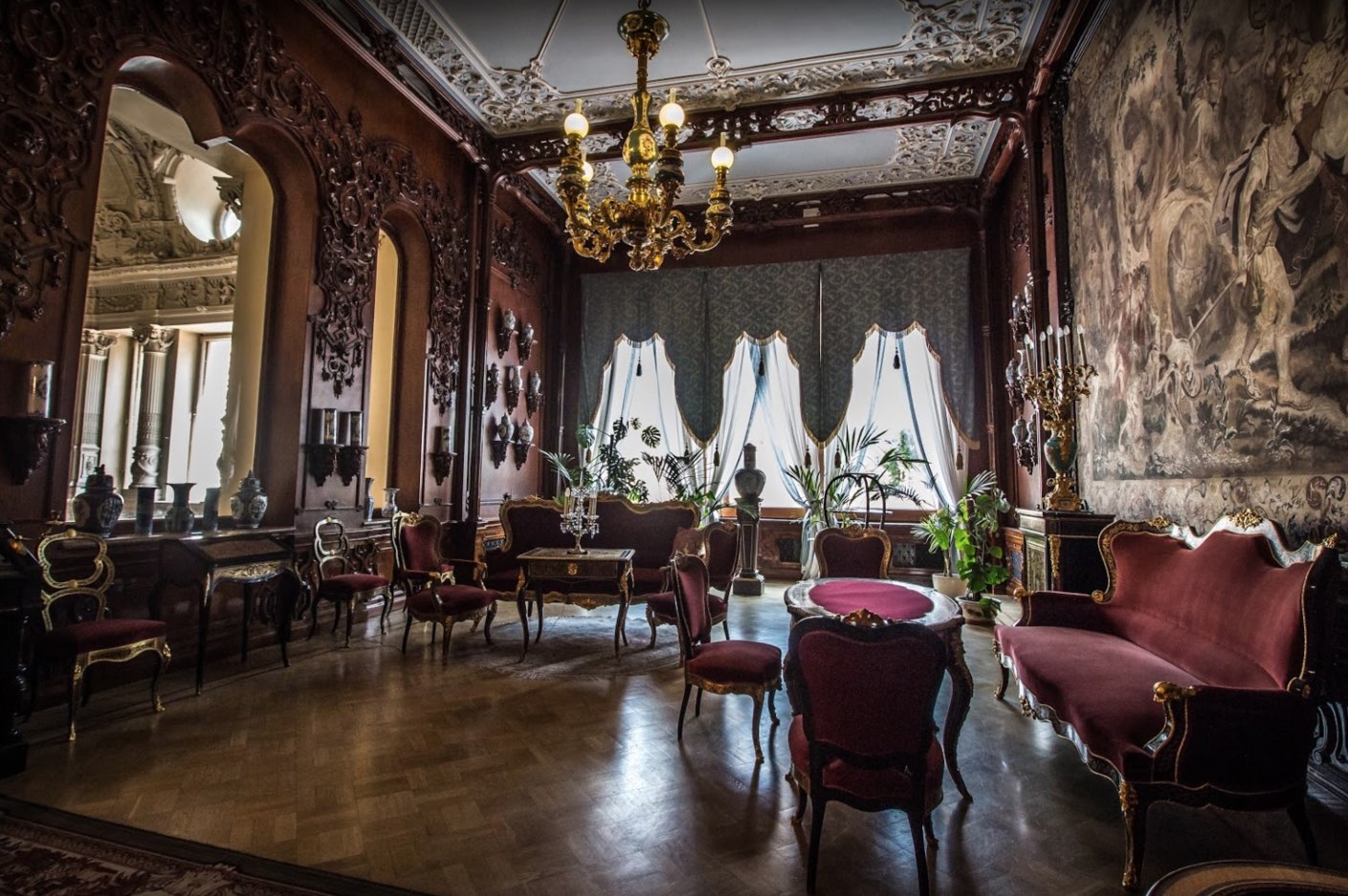 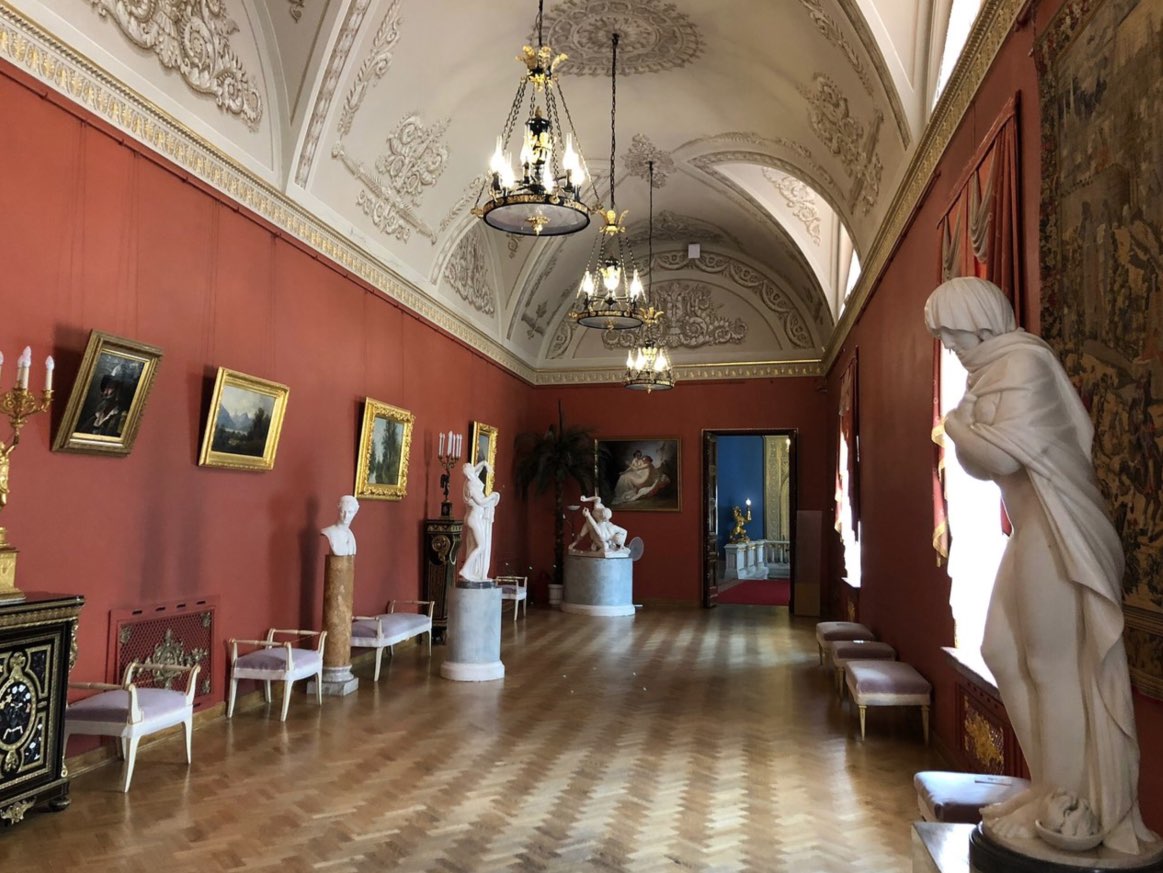 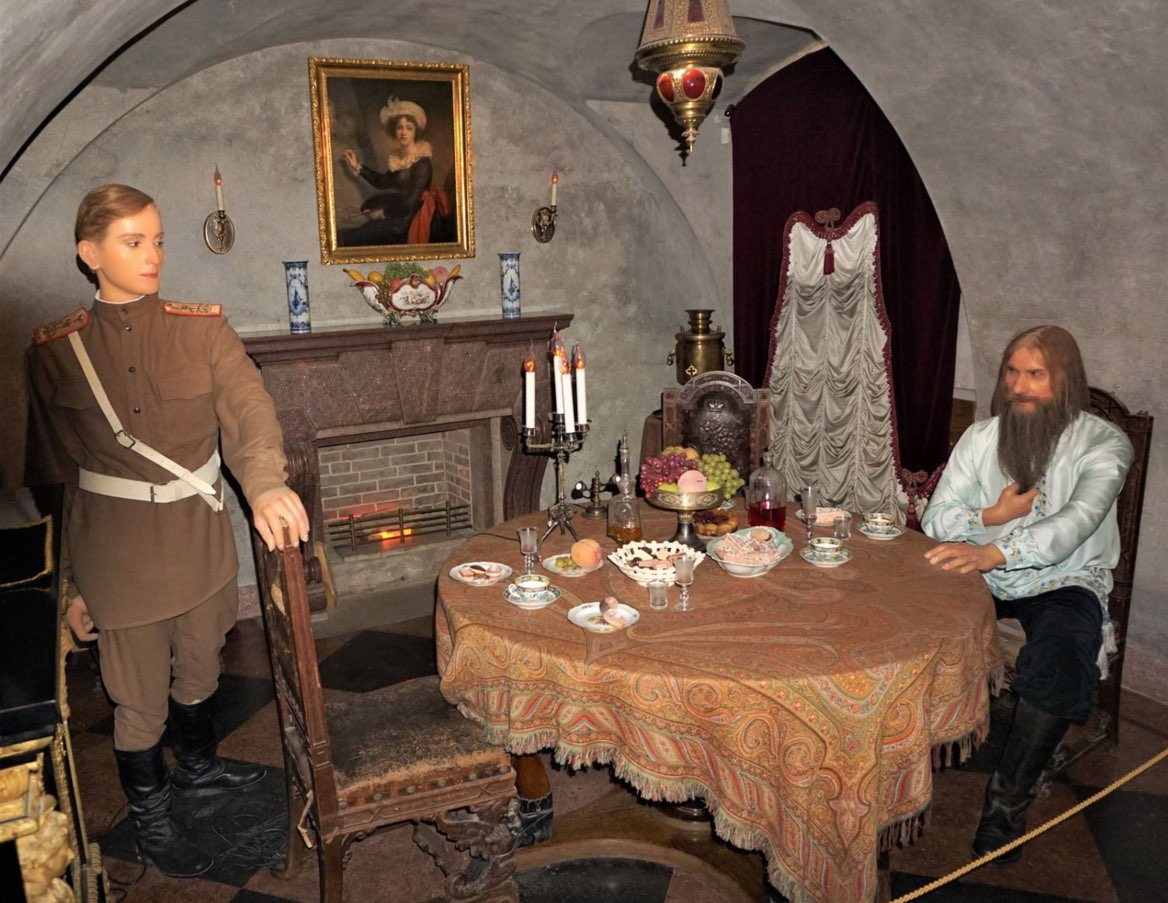 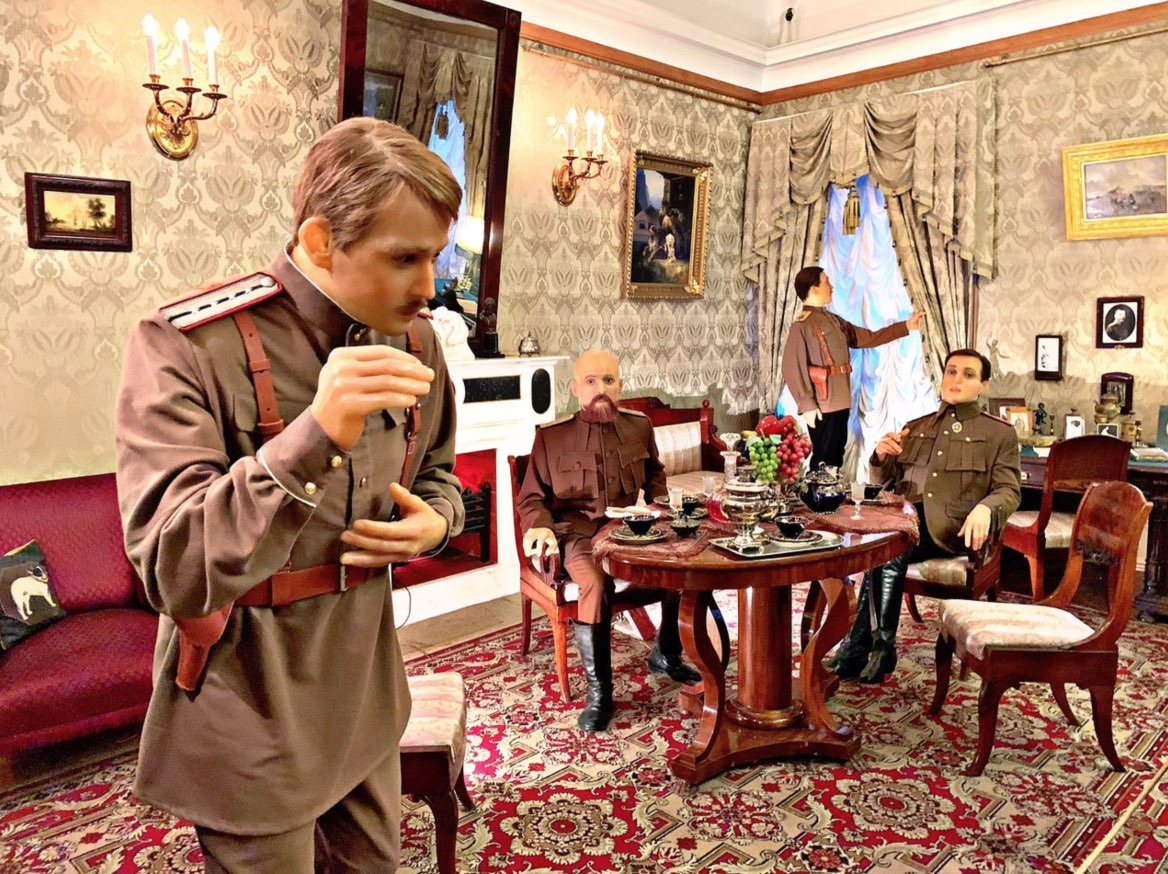 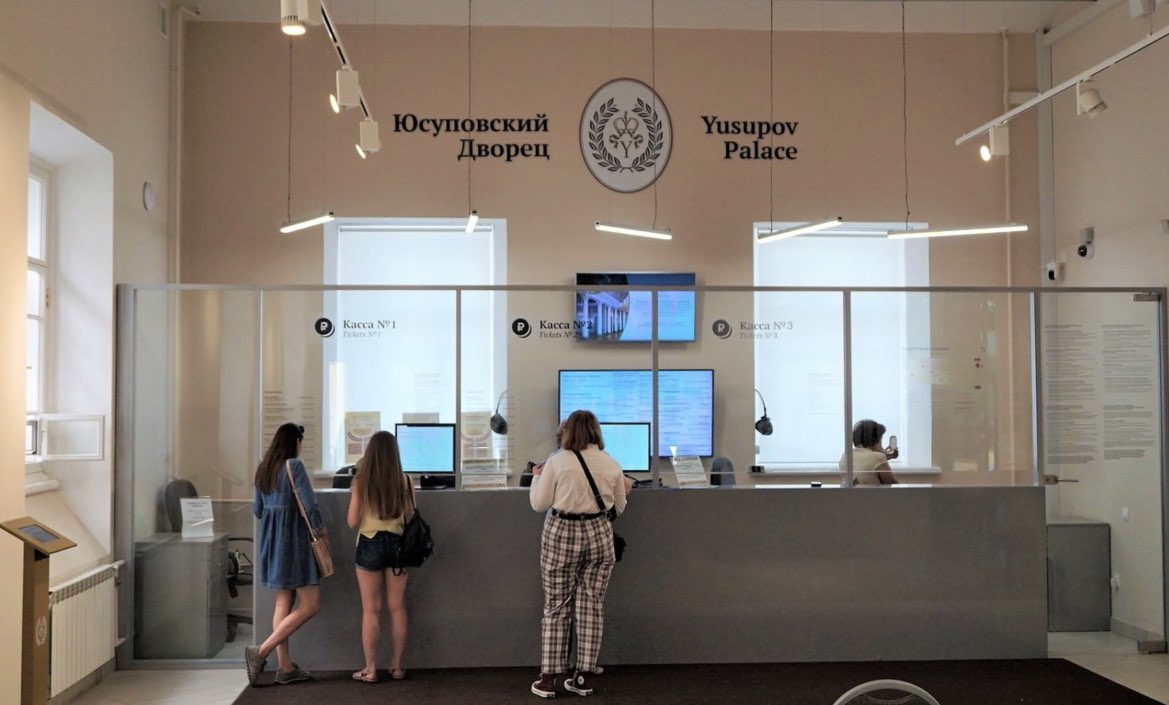 However, tickets can also be purchased on the official Palace website through this link: https://tickets.yusupov-palace.ru/en/. To take pictures you have to pay an additional fee of 150 rubles.

In this screenshot you can see the ticket sales website with the two free tours you can take: 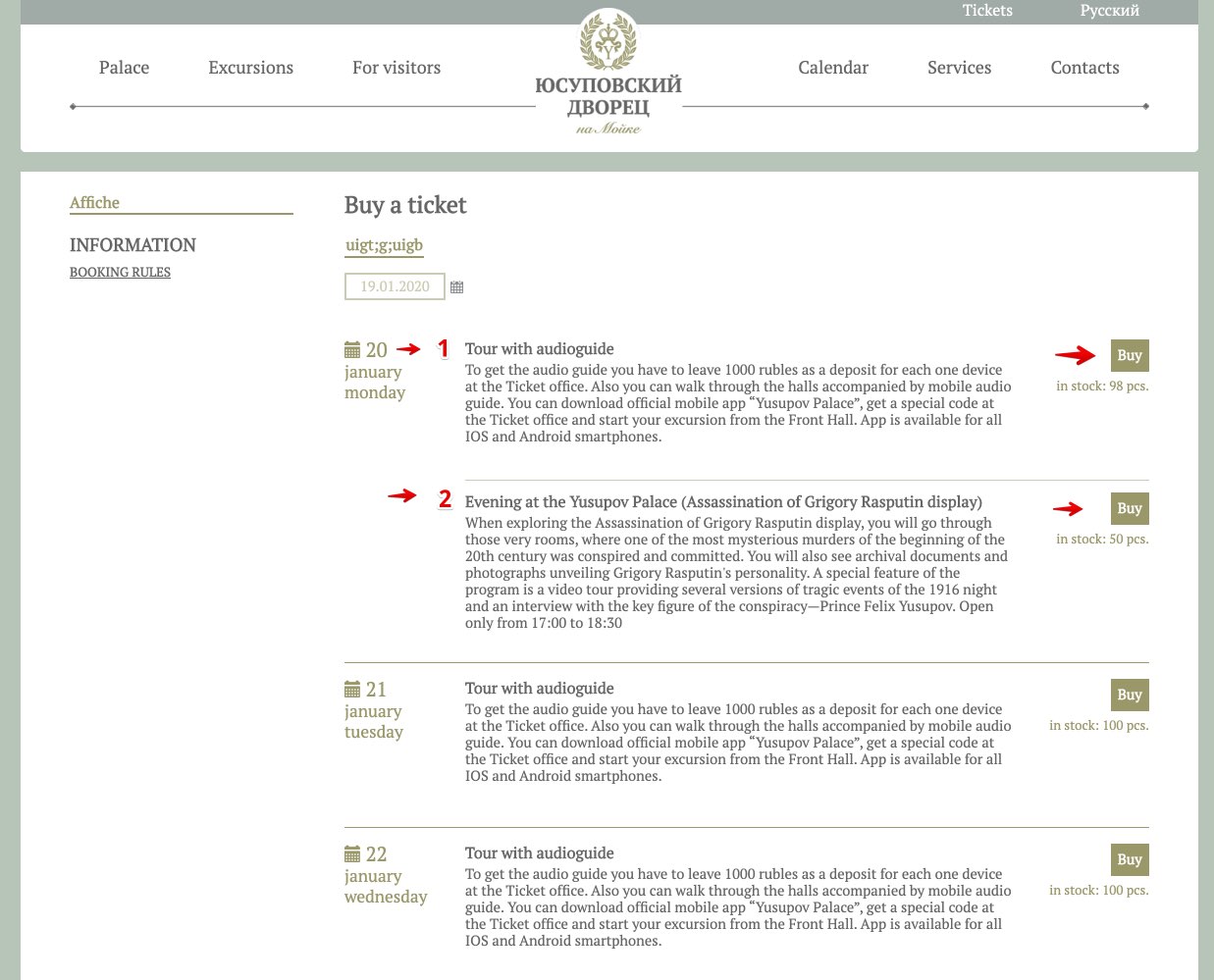 The guided tours organized by the palace are only in Russian and they vary depending on the day you choose. Their prices range from 450 to 950 rubles. They always take from one hour up to two and a half hours for the most complete tours.

But if you want to take a guided tour in other languages (Spanish, English, French, German or Italian), then you will have to use private guided tours. Among them I recommend the 2-hour guided tour of the Palace and the Rasputin exhibition, which takes place at 11:00, 12: 00,14: 00 and 15:00 hrs. 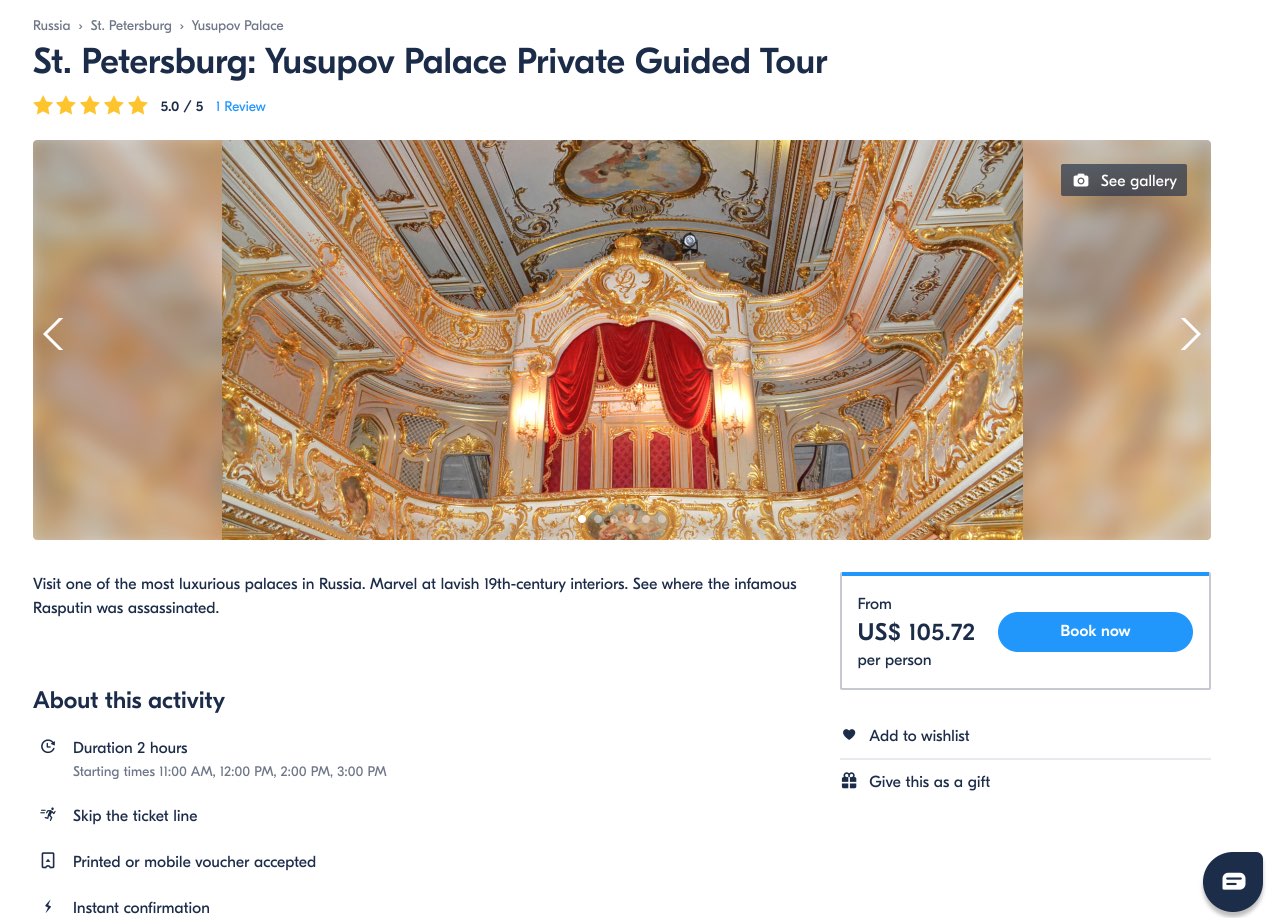 For their private use, the Yusupov family arranged for the palace to have a small theater, undoubtedly one of the wonders of the attraction that is still in operation today and is now public. Members of the Russian royal family also used to go there to watch performances or high quality musicals. The style of the theater is close to the Baroque-Rococo.

Currently, the Yusupov Palace theater offers a varied program of classical operas, Russian ballet, concerts, plays and performances for children. Tickets can be purchased on the  Palace website (in Russian only). Entrance to the theater performances is through the Moika River Embankment, 9. 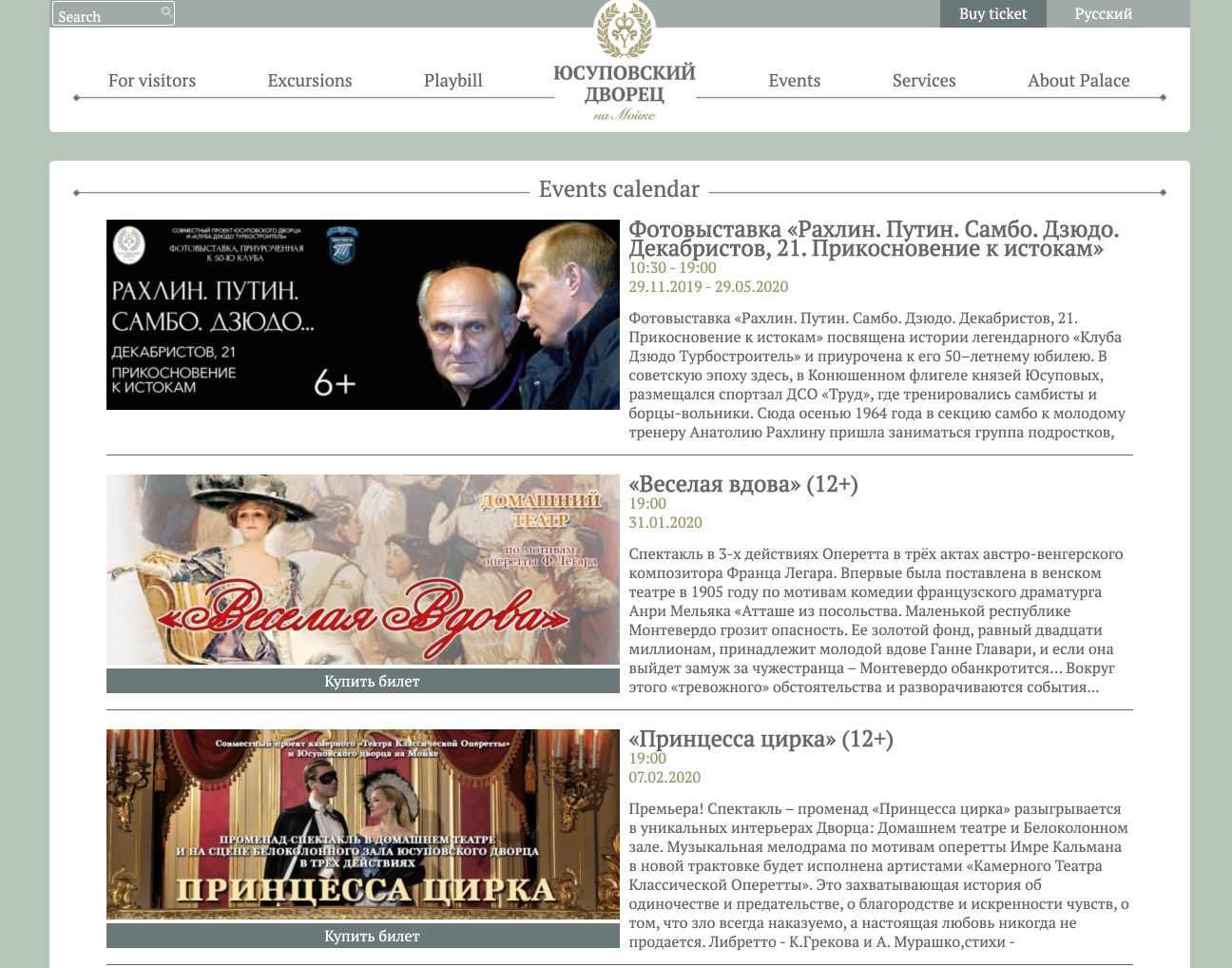 Please note that the tour of the theater is also included in the free or guided tours. 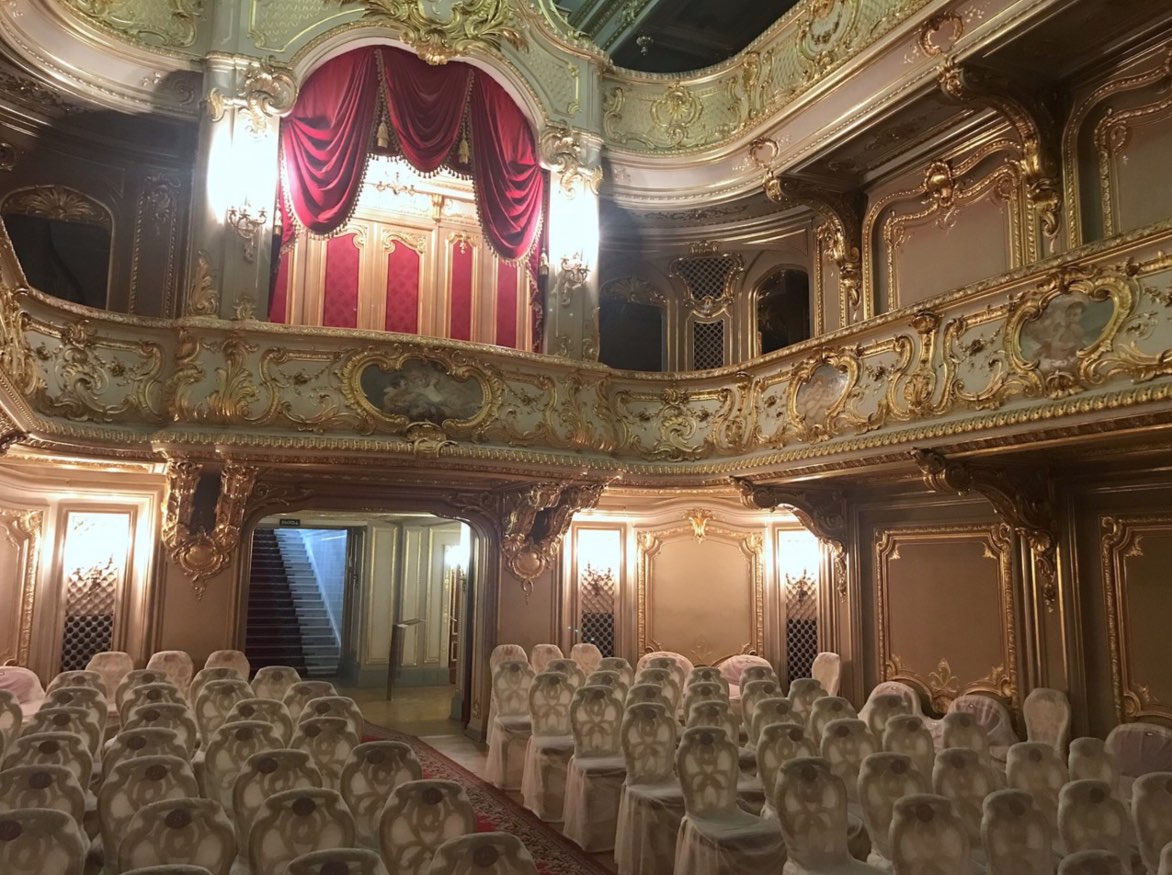 The Konyushenny Wing (or the Stables) is the most modern part of the palace and was opened in 2015 for exhibitions, conferences and experimental theater productions. It has two levels creating the impression of a loft. Closed on Mondays.

4.4. The Church of the Protection of the Mother of God

The Yusupov family also had their own church, the Church of the Protection of the Mother of God, which can be entered from the Moika River Embankment, 94.

This church witnessed all the important events in the life of the Yusupov princes. Take the example of the baptism of Felix Yusupov’s daughter, Irina, which was attended by Emperor Nicholas II and his mother, Maria Feodorovna.

You can tour for free and attend the religious services held every Wednesday at 10 hrs. Its style is Byzantine and it was refurbished in 2005 after being closed for a long time.

4.5. The Gardens of the Yusupov Palace

Yusupov Palace also has some beautiful gardens, which were reopened in February 2016 after a period of renovation.

They can be are accessed from 21 Dekabristov Street and admission is free. They are open from 10 – 21hrs. It’s a good place to relax after touring the palace. 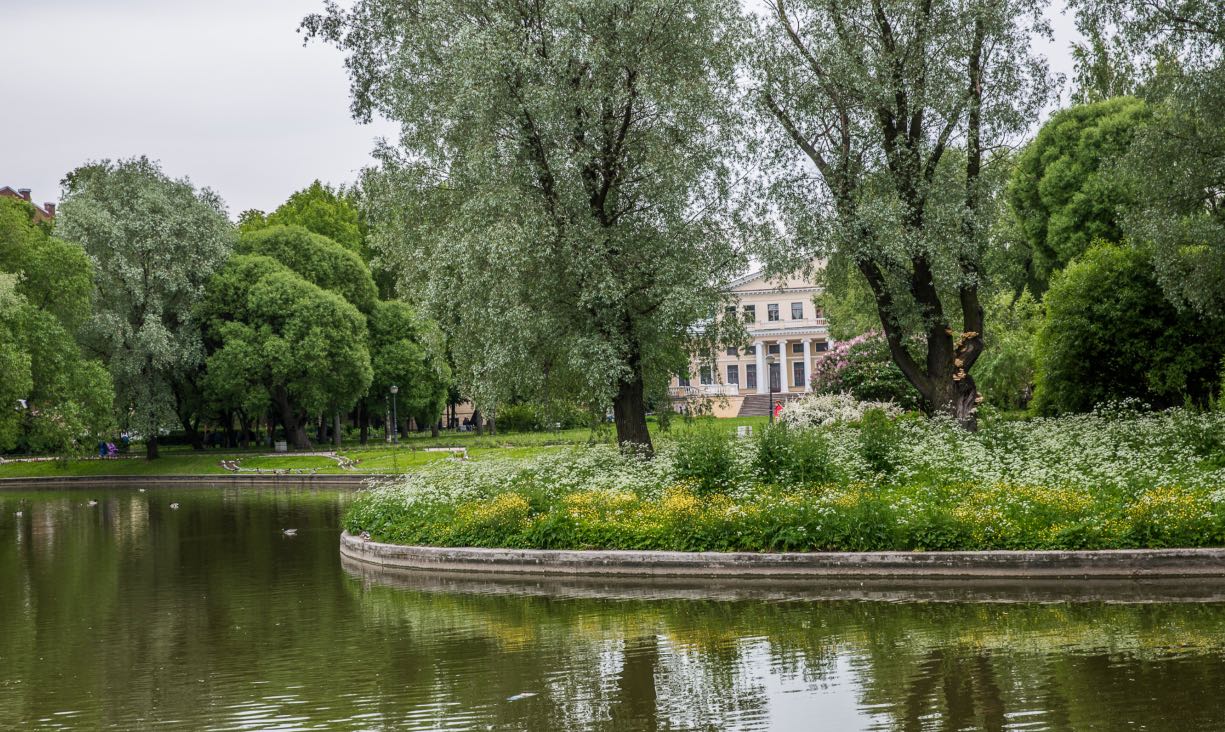 The Yusupov Palace also hosts the International Music Festival “Palaces of St. Petersburg”, from May 1 to July 31, during the so-called White Nights.

Other current uses are sessions for wedding photos, organization of weddings, cocktail parties or receptions.

I hope this article has been useful for organizing your visit to this luxurious palace that is worth visiting. If it has been useful you can help me by sharing it on Facebook or Twitter. Thanks for reading me.

More than 400 pages with all the information you need to plan your trip to Russia online easily, cheaply and avoiding queues
END_OF_DOCUMENT_TOKEN_TO_BE_REPLACED